ARTS OF THE MAURYAN PERIOD 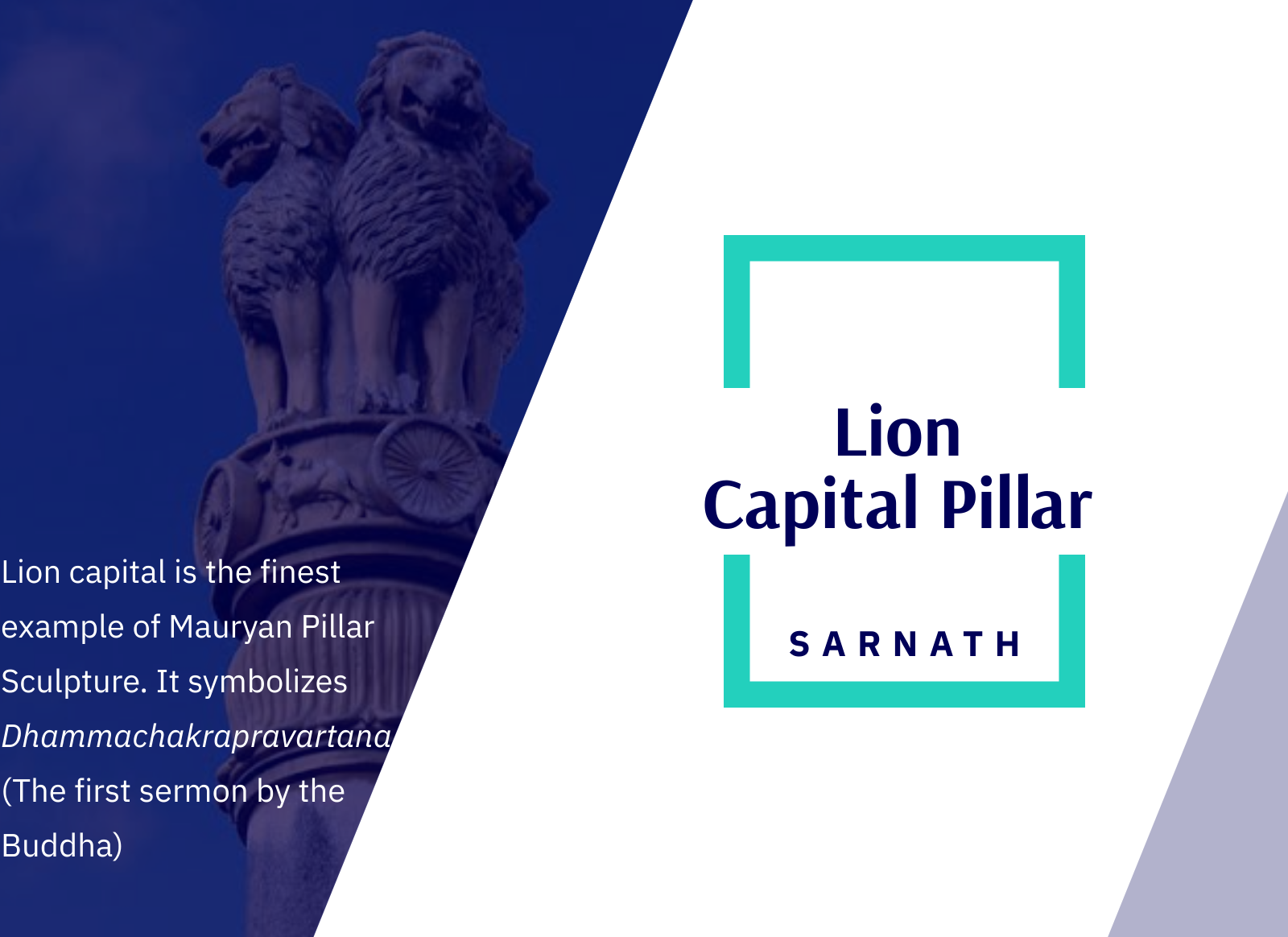 Arts of The Mauryan period may be categorized into Sculptures(Pillars and statues), Rock-cut Architecture, Stupas.

Sculptures of pillars and statues are the most important art form of the Mauryan period.

The top portion of Mauryan pillars is carved with capital figures of Bull, The Lion, The elephant, etc.

The shaft of the Pillars is Polished.

Mauryan pillars are rock-cut pillars(
चट्टानों को काटकर ) however Achamenian pillars were constructed in pieces by a mason(मकान बनाने वाला). Lion capital is one of the most remarkable Mauryan Pillar.

Statues of Yakshas and Yakhinis from the Mauryan period are found in Places like Patna, Vidisha, Mathura, etc.

These are Large, Polished and in standing position.

Many rock-cut caves carved during the Mauryan period. Caves served the purpose of viharas, Chaityas, etc.

Lomus Rishi cave, Gaya, Bihar is one such example. The Cave decorated with semicircular Chaitya.

The rock-cut technique used for carving Sculptures. Dhauli rock-cut elephant is one such example.

The popularity of Buddhism led to the construction of many Stupas during the Mauryan period. The architecture of Stupas was initially simpler however it became complex in later centuries. The stupa consists of a Cylindrical drum, circular Anda, Harmika, Chhatra.

3 thoughts on “ARTS OF THE MAURYAN PERIOD”