How the President of India is elected 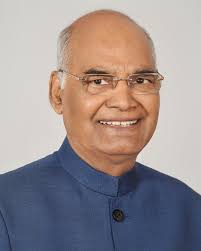 A democratic polity can be Monarchy or Republic.

To have better clarity following steps needs to be followed:-

Who participates in the election?

The people do not directly elect President. Elected representatives of parliament and state legislature elect the President. Therefore the presidential election is called an indirect election.

Value of MLA(Member of the legislative assembly of state) vote

A>The total population of the state as per the 1971 census.

B>Product of the number of seats in the state assembly and 1000.

The value of the MP vote is the result of dividing A by B.
A> The total value of all MLA votes.
B> The total no of seats in both houses of the parliament.

Each eligible voter gets a Ballot paper where they have to give their vote based on preference. Ballot paper contains the name of all candidates. The voter has to mention which candidate is their first choice, second, and so on.

To understand the voting process let us consider three candidates who are fighting for the post of president.

SCENARIO 1:-WHEN CANDIDATE WIN IN FIRST ROUND OF COUNTING

SCENARIO 2:-WHEN CANDIDATE WIN IN SECOND ROUND OF COUNTING

If no candidate crosses the halfway mark as depicted in scenario 2, round 2 counting starts. The vote value of the candidate securing the least is divided. The division is done based on their second preference.

One thought on “How the President of India is elected”