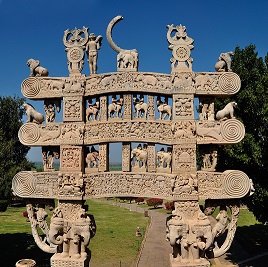 The idea of executive, judiciary, legislative, democracy, etc is rooted in ancient Indian culture and values. Democratic government in Ancient India laid The foundation of the modern-day government in India.

4>Licchhavis kingdom had a representative republic with an elected president called Nayak.

5>Megasthenes talked about many working republics in south India

6>Panchayati raj institutions were prevalent in many villages.

So, Modern Indian governance does not only derive its roots from British rule but also from the Democratic government in Ancient India.

Next:-Acts under The Company Rule