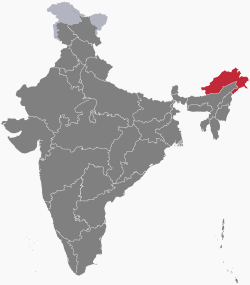 chief guest on our Republic Day

The other day, I read an article about inviting His Holiness the 14th Dalai Lama as chief guest on our Republic Day. Inviting Dalai Lama is genuinely a good idea, but I think I have a better one. As everyone is nominating their own Chief guest, I thought, why should I be left behind.

I think GOI should invite the chief minister of Arunachal Pradesh, Pema Khandu as the chief guest of India’s 72nd Republic Day.

Pema Khandu as a chief guest, will have a wide-ranging impact on the International and the national front.

It will not be like killing two birds with one stone; why kill birds? They are already overwhelmed by the love they receive from humanity.

It will be like “Baap Ka, Dada Ka, Bhai Ka Sabka Badla Lega Re, Tera Faizal“

Among many influences it may have, it will indeed have the following:-

Pema Khandu as the chief guest, will be India telling china “Teri Keh ke Lunga”.
It will be something which dragon will nither swallow nor throw out.
The best part will be watching the Chinese spokesperson comparing India’s action as fishing in trouble water.
This will be a befitting reply to the misadventure china is playing along LAC, its expansionist policy along Indian subcontinent and South China sea.

Pema Khandu as the chief guest will be a strategic political response to china that India will not cede an inch of its territory and Arunachal Pradesh is part of Indian territory.
It will also send messages across the south and south-east Asia that India can stand against china’s bullying.
It will also help India in tactically aligning with countries that are vocal in their criticism of China.

Indian constitution is more unitary and less federal. Several incidents in the past, especially president rule and emergency, have proven this fact. The directive principle of state policy provides for devolution of power and strengthening federal character. I think inviting the chief minister as chief guest on republic day will be one such endeavour by GOI.

Since childhood, we have learned that we are a nation of diversity. India has been chest-thumping about its unity in diversity. As I grew up, I saw how few colours find it challenging to be part of this rainbow. One such shade is people from the northeast.

Racial slurs like ‘Chinese’, ‘Momos’, Chowmein’ and ‘Chinky’ against people from the Northeast are a common sight.
There is no shortage of idiots in India who treat northeast people like an alien. Pema Khandu as chief minister will be a vaccine for such stupidity and ignorance.
It will make us more aware of 7 sisters. Pema Khandu on the dais of chief guest will send a signal across the ignorant, judgemental, illiterate community that northeast people look, victuals, political and religious beliefs are part and parcel of rich Indian diversity.

who do you think should be the chief guest on our Republic Day? Please comment.

2 thoughts on “Chief minister of Arunachal Pradesh as chief guest on our Republic Day?”