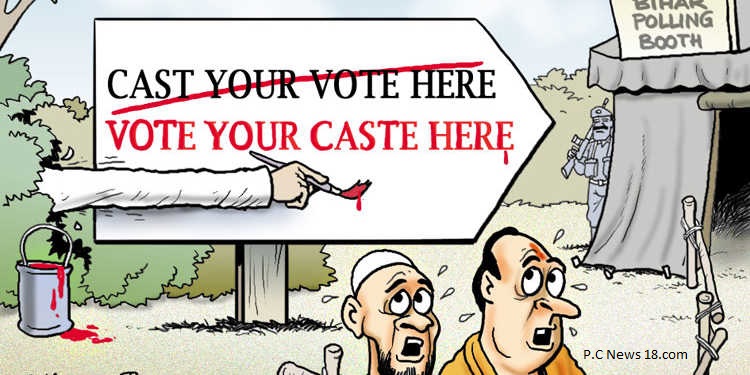 Humming Bambai me ka ba and reading Bihar election news got me to reflect on Election Me Ka Ba.

This is how media reported after political parties announced names on candidates for the Bihar election:-

“Nearly half of the BJP”s 46 candidates for the second phase of voting belong to the upper castes Rajputs, Bhumihars, Brahmins, Kayasthas and Vaishyas“.

“Half the tickets of RJD to the names of Yadavs“.

A misconception that runs through our blood that a Kurmi leader will think about Kurmi, Yadav about Yadav, Muslim about Muslim, Rajput about Rajput has been the leading cause of caste politics in our country.

Mandalisation of politics no doubt gave political voice to underrepresented social class, however, it made the caste factor the most important determinant of electoral politics in India. Social and economic development has taken a back seat against Political representation, Caste favor, and caste reservation.

We are so intertwined in the caste structure that we forget to raise the important issue of Siksha, Suraksha, Rojgar, and Samman.

The political parties keep in mind the caste of candidates and cast of the voters, in the particular constituency for nominating their candidate. These Caste-Candidate nexus play an important role in criminalization and nepotism in the Indian Electoral map.

What if tomorrow you want to fight an election?

What if tomorrow you want to something Tufani, and join politics. Keeping the present scenario in mind I have four options:-

A political family -God failed me on this.

You need to visit Your caste and community identity and then try to align that with the constituency you want to fight from. This is the most difficult option. I was born in Jharkhand, Parents from Bihar, Higher education in Bengal, Worked in Maharashtra-Delhi-UP, Living in Haryana.

Act like Kangana or Arnab to give voice to the unheard and Making India Great Again.

Get admission in JNU and At the top of your lungs shout for AZADI. You need to keep in mind your clothing style, it must not reflect your intelligentsia.

3 thoughts on “Election Me Ka Ba”