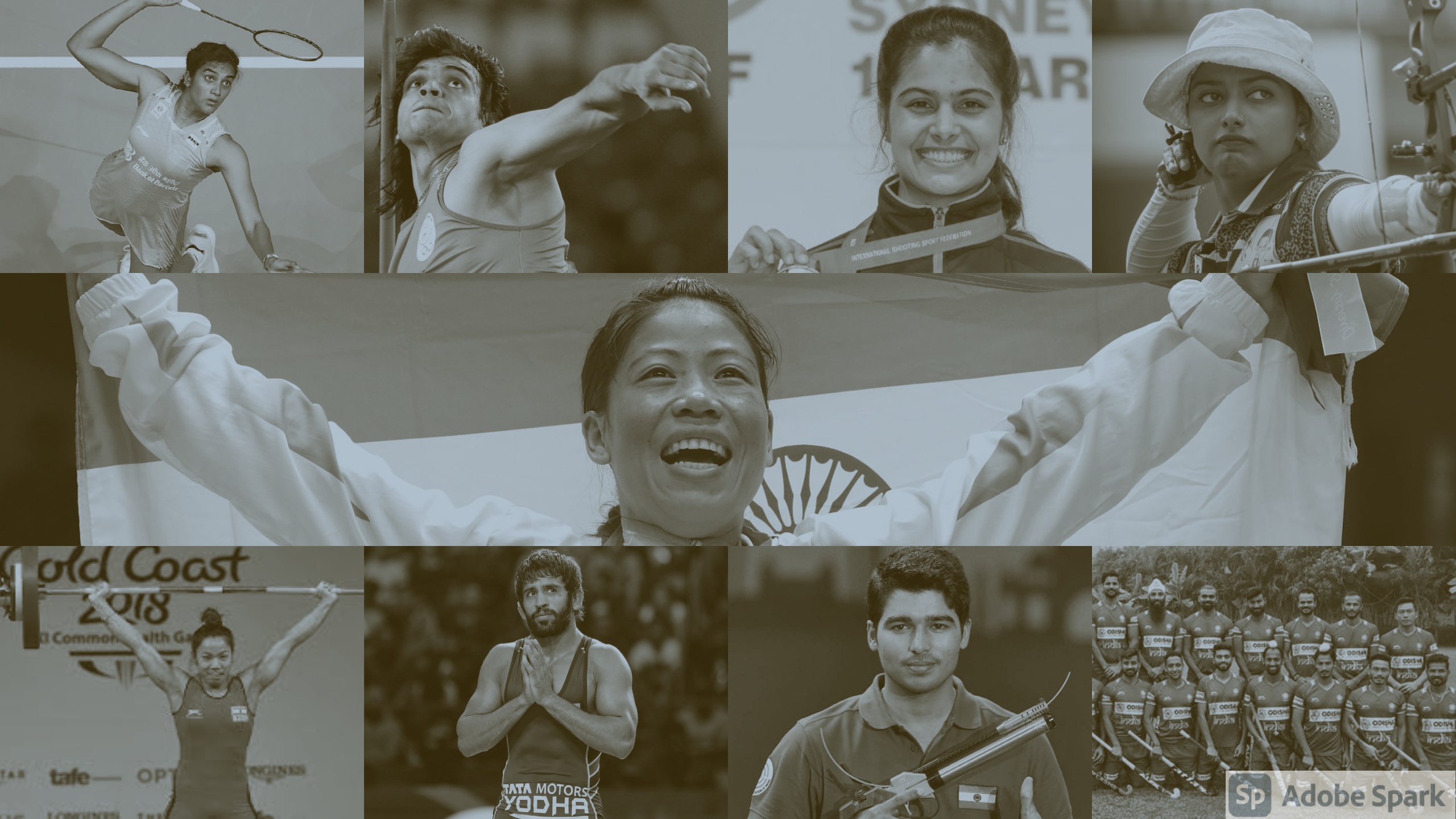 Tokyo Olympics kick-started on July 23 after a year-long delay due to the Covid-19 pandemic.

It was the year 1900 when India made their official debut at the Summer Olympics. Since 1900 there have been 24 Olympics, and we proudly won 28 medals, on an average one award each Olympic.

When I say proudly, I am not sarcastic; I mean it. We should be proud of those athletes who fight all odds, from lack of infrastructure to lack of recognition. A country like India, painted in cricket, they are trying to bring in more colors.

India will send a 228-strong contingent to Tokyo Olympics 2021, including 119 athletes hoping for more medals. We all hope India perform Better than last time, and grab medals in double-digit.
Here I present a list of solid medal contenders for the Tokyo Olympics.

Padma Shri, Arjuna Award, FICCI Sportsperson of the Year Award, Young Achievers Award by Vogue, five World Championships medals, six Asian Championship medals, two gold medals at the Commonwealth Games, and a bronze at Asian Games, and the list goes on. She has been one of the most consistent archers globally and is currently ranked the World No. 1. Her last two Olympics might not be satisfactory but might add a new accolade to her career.

He is no less talented than his life partner, World no 1 DEEPIKA KUMARI. Atanu Das received his Arjuna Award in 2020, and His current world ranking is 9. In Rio 2016, Atanu’s Olympics dream ended by millimeters, when he scored nine against 10 in the final shot, but this time he is more confident of getting a medal for the country.

Top seed and world no.1 Amit Panghal (52kg) is one of India’s best bets for an Olympic medal. It is said that Panghal is fast on his feet and has excellent speed and intensity. Let’s Hope for a stellar performance by Haryana’s amateur boxer at Olympics.

India is eyeing a sure-shot medal from this legend.

India’s ace wrestler Bajrang Punia not only enters the Tokyo Olympics as world number 2 but also as one of the strongest medal contenders. The three-time World Championships medallist, the only Indian to achieve the feat.

There are many strong contenders in the 65kg men’s freestyle challenge in Tokyo like Russia’s Gadzhimurad Rashidov but India is very sure that Punia will come out with flying colors.

Phogat has made an impressive comeback after she suffered heartache in Rio in 2016. She has to go through surgery and five-month of rehabilitation, but the Haryana-born wrestler never gave up. She became the first Indian woman wrestler to win Gold in both Commonwealth and Asian games. She won all four competitions she has entered this year, including a first-ever Asian championships gold. She is one of India’s best bets for medal glory in the Tokyo Olympics.

She wanted to be an archer, but destiny has something else in store. She is the only Indian weightlifter with world championships gold in 2017 and Commonwealth Games gold in 2018. She has firmly established herself as one of the best weightlifters. Because of her talent, she has received Rajiv Gandhi Khel Ratna Award and Padma Shri. Mirabai Chanu will be one of the favorites to bring India an Olympic medal.

Coming from a family of farmers, Saurabh will enter the Tokyo Olympics as the World No. 2 player with lots of experience and accolades. A gold medalist at the Asian game, reigning Youth Olympics champion, Saurabh was the youngest Indian gold medalist at the Asian Games. Saurabh has been very consistent with his performance. Let’s hope his consistency and talent win India an Olympic medal.

Manu Bhaker is one of the world’s best pistol shooters. A shooting prodigy, Bhaker won two gold medals at the 2018 ISSF World Cup, gold medal in the women’s 10 m air pistol event at the 2018 Commonwealth Games. Born and brought up in a small village Goria in Haryana’s Jhajjar district, Manu Bhaker is India’s hope of winning a medal in the 10m air pistol shooting event.

She won billion’s heart after winning a silver medal at Rio Olympics. She received India’s third-highest civilian award Padma Bhushan, the Padma Shri Award, Rajiv Gandhi Khel Ratna, Arjuna Award, etc. In 2019, she won the World Badminton Champion. After her medal haul in Rio, there are high expectations from her, and she remains India’s top medal prospect.

Arjuna award recipient Neeraj Chopra came to the limelight after winning Gold in the 2018 Asian Games and the Commonwealth Games. Neeraj Chopra is being tagged as a potential medal contender in Tokyo Olympics.

Approx 40 percent of all Olympics medals won by India came from Hockey. India has the most number of gold medals in hockey. India ruled at the Olympics, winning the men’s gold medals in seven out of eight Olympics from 1928 to 1964. Indian men’s hockey team’s last medal haul was way back in Moscow in 1980, since then we never got a medal.

Having said that Indian men’s hockey is surely hoping for a medal in Tokyo. In the last two years, India has defeated every participating nation at Tokyo 2020 Olympics(except for Canada). All eyes will be on skipper Manpreet and the Indian men’s hockey team for scripting a new beginning at the Tokyo Olympics.

Passing an exam is not the only thing that matters, Under what circumstances you have excelled also matters. Each and every sports star who has succeeded in sealing Olympic birth presents a silver lining in the Indian sports landscape.

Also Read:-Want to learn patience, dedication, and timing while working from home